Your first descent into the crystal-clear blue water surrounding Christmas Island will be nothing short of breathtaking. Beneath the surface lies the most luxurious of hard coral reefs – a colorful, lush display that is almost ostentatious in its beauty. The view goes on forever, way down to the depths of the Indian Ocean. Brilliant rays of sunlight cast stripes of turquoise through the sea and highlight the flapping motion of a distant wing.

Pause midwater and wait for the manta ray as it approaches effortlessly, rotates slightly to ponder on the ungainly nature of the intruder suspended before it, and then slides on by. A pod of spinner dolphins follows in its wake, mother and babies playfully enclosing you, running rings around you and hoping for a new playmate. And in all this time there is no one else in sight other than your diving buddy and a divemaster. It’s a far cry from the more famous, but eternally crowded, Great Barrier Reef.

Christmas Island is actually best known not for its scuba diving, but for its extraordinary red-crab migration – a spectacle that takes place every year when millions of the scarlet creatures emerge from the rain forest and walk en masse down to the sea to spawn. At this time, the shallow water turns pink with eggs, but beyond that the sea remains aquamarine, completely pristine, and utterly deserted except for its wealth of marine residents.

The island has more indigenous species than anywhere else on the planet except the Galapagos Islands, and some of the marine creatures are unique too, including the exotic-looking dragon moray eel, which frequently pokes its nose up from deep inside hard coral formations to view divers as they pass by its lair.

Getting There and Around

Weekly flights arrive at the island’s small international airport from either Singapore or Kuala Lumpur, Malaysia, depending on the season. There are also twice-weekly flights from Perth in Australia. There is no public transportation on the island, so it’s vital that you rent a car, preferably a 4WD, to negotiate the roads through the rain forest.

The handful of restaurants on Christmas Island, including Australian bistros and Malay and Chinese restaurants, reflect its multicultural population. Indulge in Cantonese cuisine with a twist at Yoong Chong

Christmas Island sits just below the equator, so its climate is tropical. Try to avoid February and March, which are the wettest months.

Rising up from the depths of the Indian Ocean, this rain forest-clad island is actually the tip of an ancient volcano. Its tortuous limestone base has been shaped over millions of years by the waves that lap the island and by rainwater that sinks into the porous rock, creating a honeycomb effect beneath the surface.

This rugged, potholed landscape continues into the ocean, where countless underwater caves coax you back into your diving gear and beneath the surface. You enter the splendid Thundercliff Cave, on the shore side of the immaculate fringing coral reef, at a depth of 53 ft (16 m) and through a series of pitchblack grottoes that are decorated with stalactites and stalagmites.

A little farther on, you ascend to an extraordinary subterranean beach where you can take off your dive gear and continue exploring on foot. It won’t be long before you see that you’re inside an enormous cavern that is as beautiful and grand as any Gothic cathedral 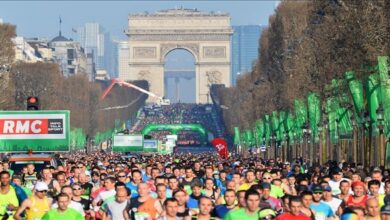 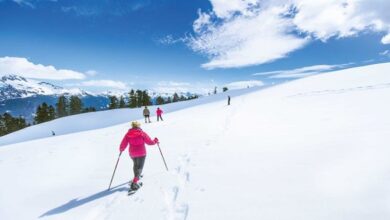 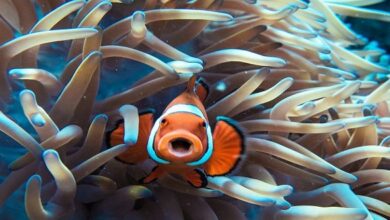 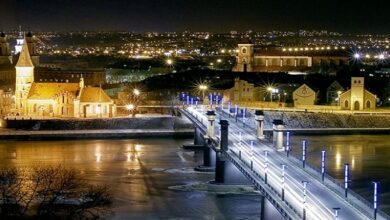