Stolen cars and theft from cars account for about a quarter of all reported crime. A huge number of cars are reported missing each year and over 20% are never recovered. Even when returned many are damaged. Most car thieves are opportunists, so even a basic alarm system can serve as a deterrent. Car and alarm manufacturers are constantly fighting to improve security.

Building the alarm system as an integral part of the vehicle electronics has made significant improvements. Even so, retrofit systems can still be very effective. Three main types of intruder alarm are used.

To help introduce the principles of a vehicle alarm, this section will describe a very simple system, which can be built as a DIY retro-fit. First, the requirements of this particular alarm system.

The design will be based around a simple relay circuit. When a door is opened, the switches make an earth connection. This will be used to trigger the relay, which in turn will operate the horn. The delay must be built in using a capacitor, which will keep the relay energized even after the door closes, for a further 15 seconds. An external key switch is to be used to arm and disarm whilst isolating the ignition supply. Figure 16.25 shows a simple alarm circuit, which should achieve some of the aims. The delay is achieved by using a CR circuit; the ‘R’ is the resistance of the relay coil.

Top of the range security

The following is an overview of the good alarm systems now available either as a retro-fit or factory fitted. Most are made for 12 V, negative earth vehicles. They have electronic sirens and give an audible signal when arming and disarming. They are all triggered when the car door opens and will automatically reset after a period of time, often 1 or 2 minutes.

Some factory fitted alarms are combined with the central door locking system. This allows the facility mentioned in a previous section known as lazy lock. Pressing the button on the remote unit, and as well as setting the alarm, the windows and sun-roof close, and the doors lock.

A security code in the engine electronic control unit is a powerful deterrent. This can only be ‘unlocked’ to allow the engine to start when it receives a coded signal.

Ford and other manufacturers use a special ignition key that is programmed with the required information. Even the correct ‘cut’ key will not start the engine. Citroën, for example, have used a similar idea but the code has to be entered via a numerical keypad.

Of course nothing will stop the car being lifted on to a lorry and driven away, but this technique will mean a new engine control ECU will be needed by the thieves. The cost will be high and also questions may be asked as to why a new ECU is required.

A seat-belt, seat-belt tensioner and an airbag are, at present, the most effective restraint system in the event of a serious accident. At speeds in excess of 40 km/h the seat-belt alone is no longer adequate. Research after a number of accidents has determined that in 68% of cases an airbag provides a significant improvement.

It is suggested that if all cars in the world were fitted with an airbag then the number of fatalities annually would be reduced by well over 50 000. Some airbag safety issues have been apparent in the USA where airbags are larger and more powerful. This is because in many areas the wearing of seat-belts is less frequent.

Taking the ‘slack’ out of a seat-belt in the event of an impact is a good contribution to vehicle passenger safety. The decision to take this action is the same as for the airbag inflation.

Other safety and comfort systems

The output can be audio or visual, the latter being perhaps most appropriate, as the driver is likely to be looking backwards. The audible signal is a ‘pip pip pip’ type sound, the repetition frequency of which increases as the car comes nearer to the obstruction, and becomes almost continuous as impact is imminent. 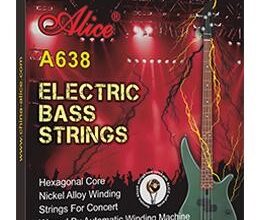 Electric Basses Are Better For Your Health And Environment

About Area Scan Cameras: What You Need To Know.